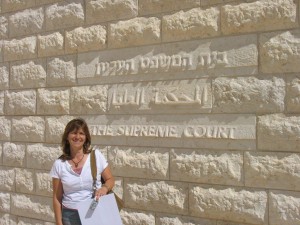 Contact us to arrange a custom half or full-day tour designed for you. The tour of the Supreme Court is suitable for groups or individuals of all ages, and can be combined with other sites in Jerusalem. 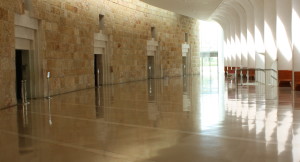 This tour explores the building’s impressive architecture as well as examining the basis of Israel’s unique legal system enabling individuals to bring petitions to the High Court of Justice.

The Israeli Supreme Court is one of the most powerful courts in the world; landmark court cases highlight the challenges and dilemmas facing Israel as a Jewish and democratic State. Recent issues before the court highlight principles of judicial review, legal standing, conflicting rights of different groups, proportionality and human rights.

You’ll find out about the difference between the Supreme Court and the High Court of Justice, gain an in-depth understanding of how the Israeli legal system affects different aspects of Israeli society and observe the architectural symbolism of this magnificent structure.

Our tours incorporate specific topics raised in landmark decisions of the Supreme Court. Issues include: 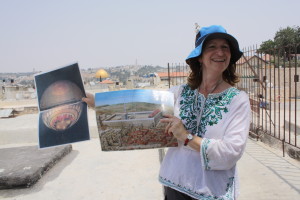 Tour and Explore Jerusalem offers unique insights into modern day issues facing Israeli society through tours of sites that have not only impacted the history of Israel but continue to be areas of controversy and  drama connected to landmark Supreme Court decisions.

Contact us to arrange a custom half or full-day tour designed to suit your interests. These tours are suitable for groups or individuals. Tours can be combined and adapted to cater to different ages and backgrounds.

Sit back and enjoy a Virtual tour of The Supreme Court of Israel which I have prepared for you: 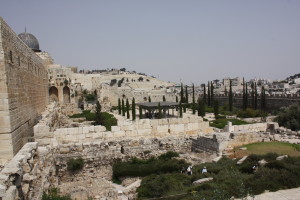 The Southern Wall Excavations and Women of the Wall Court Petitions

Visit the Jerusalem Archaeological Park (Southern Wall Excavations) and the Davidson Center where you can witness the remains of Second Temple period Jerusalem. You’ll see the broken street where the stones from the Temple came crashing down on Tisha B’Av, 70 C.E. when the Second Temple was destroyed by the Romans. Appreciate the centrality of Jerusalem to three major religions and walk on the Southern steps which led up to the Temple as we recall the sages saying “Anyone who has not seen the Temple of Herod has never seen a beautiful building” (Babylonian Talmud, Bava Bathra 4a).

This important historical location, which also serves as an egalitarian prayer site, is part of a modern legal battle for religious pluralism in the Women of the Wall court case. We will focus on the petitions of the Women of the Wall to the High Court of Justice, demanding the right to pray as they wish at the Western Wall and we will follow the Court decisions that dealt with the status of the Western Wall regarding different forms of prayer which eventually led to this site as an alternative prayer area.

The City of David – Biblical History, Archeology and Political Contoversy

Discover ancient Jerusalem through recent excavations at the City of David and climb through ancient underground tunnels and passageways leading to the Gihon spring where Solomon was anointed King. This is an ongoing archaeological dig with fascinating finds shedding light on biblical history.  See where archaeologist Dr. Eilat Mazar claims to have found the wall of King David’s palace. The more adventurous can wade through water in King Hezekiah’s 2700 year old tunnel, an accomplishment of ancient engineering.

This archaeological site is not without political controversy.  Here politics and archaeology collide in an archaeological park which is home to an Arab village as well as Jewish families, reflecting Israeli-Palestinian relations and political tension in Jerusalem.

The Church of the Holy Sepulchre and Denominational Power-sharing

Tour the ornate and beautiful Church of the Holy Sepulchre which Queen Helena identified as the Golgotha where Jesus was crucified and the tomb in which he was buried. Visit the Ethiopian monastery of Dier es-Sultan located on the roof of the Church and home to Ethiopian monks. 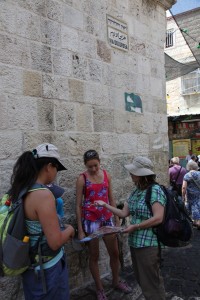 Control of The Church of The Holy Sepulchre, the most venerated site of Christian pilgrimage, is shared among several Christian denominations in complicated arrangements essentially unchanged for centuries. The Ethiopian monastery Dier es-Sultan on the roof of the church is also a place of dispute and strife.

There is an unresolved case regarding ownership before the Israeli High Court of Justice. Learn about the struggle for power within the building and the religious tension surrounding other holy sites in Jerusalem.

The Supreme Court of Israel and Petitions Involving the Security Fence

Israel’s famous Supreme Court building reflects Jerusalem’s rich architectural history and expresses values of law, truth and justice by integrating post-modern architectural elements and drawing inspiration from biblical metaphor. This tour explores the building’s impressive architecture as well as examining the basis of the dual role of The Supreme Court of Israel acting not only as the highest court of appeal for civil and criminal cases but also as a High Court of Justice enabling individuals to bring petitions against government decisions. Landmark court cases highlight the challenges and dilemmas facing Israel as a Jewish and democratic state.

This tour focuses on petitions about the Security Fence to the High Court of Justice and examines their impact on the routing of the Security Fence, their effect on Israeli society, the balance between security and human rights, and issues of proportionality.

This tour can also include a close-up look at the complicated Security Fence and its impact on local residents.

“Thanks a lot for your wonderful guiding”
G, Reporter from Vietnam

“Thank you for two amazing and memorable days in Jerusalem, you opened our eyes to so much.”
M and G, London

“Thursday and Friday were, no exaggeration, two of the most enjoyable days of my life. Jerusalem itself may have had a bit to do with that, but your planning and implementation were both inspired. So, thank you very much for everything: for getting us to do so much and for being such an excellent guide.”
J, London

“Thank you so much for my parent’s tour this afternoon. They really enjoyed it”
Cindy, United States

“The two half days my father and Michael spent with you were definitely amongst the highlights of their trip.”
R, London

“I wanted to express our sincere appreciation for the phenomenal tour you presented to us at the Supreme Court last week. Your presentation was extremely interesting and informative.”
Cantor B.R., New York

“Thank you for the tour and I loved it.”
Ariella Knoble Gershon, Age 6, London

“Thanks again for making our trip special. We had a great couple of days with you. Thanks for the expert and fun guiding.”
CHD&K, Montreal

“Thanks for making our visit to Jerusalem a great one”
J. F., London

“Nikky did an outstanding job for us on Masada with the shortened amount of time she had. No one felt rushed, she gave all the important information, all the while presenting a warm human approach. She continued on the bus after we had to cut it a bit short at the synagogue, but made it seem like it was totally normal.

Knowing how in-depth her knowledge is, I found it really a privilege watching a professional give an informative, personal yet curtailed approach which was every bit as good as her usual presentation.

The guests couldn’t say enough good things about her.”